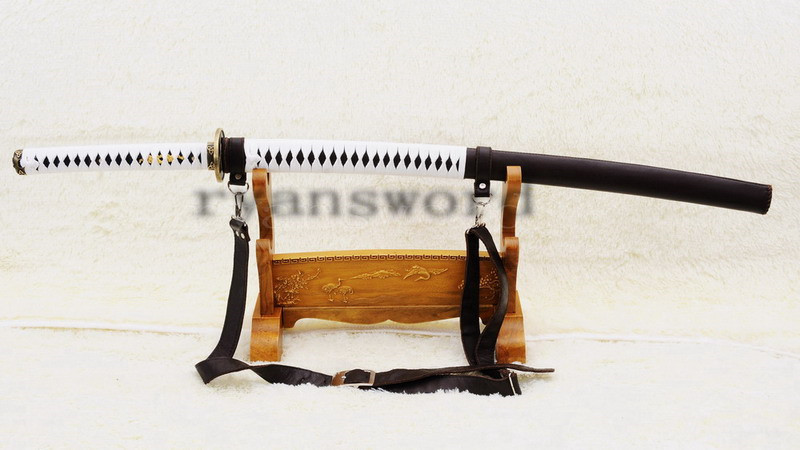 The Ryansword Michonne's Katana is a battle-ready replica of the katana in the series. The blade is made of folded steel with a beautiful grain pattern. The saya is made of hardwood wrapped in brown, synthetic leather and fitted with an adjustable leather sling. The tsuka and the upper half of the saya is wrapped with white, synthetic silk ito.

As with all our swords, this piece is fully customizable as regards to blade material,  forging process,  heat treatment, blade geometry,  saya material, ito material, fittings, color and any other aspect that a customer may require.

Notes:
1) The sword will go with a free sword bag and spare Mekugies(bamboo nails).

2) The display stand is NOT included.

3) Our products are 100% handmade, so specification varies slightly from sword to sword. We appreciate your understanding. 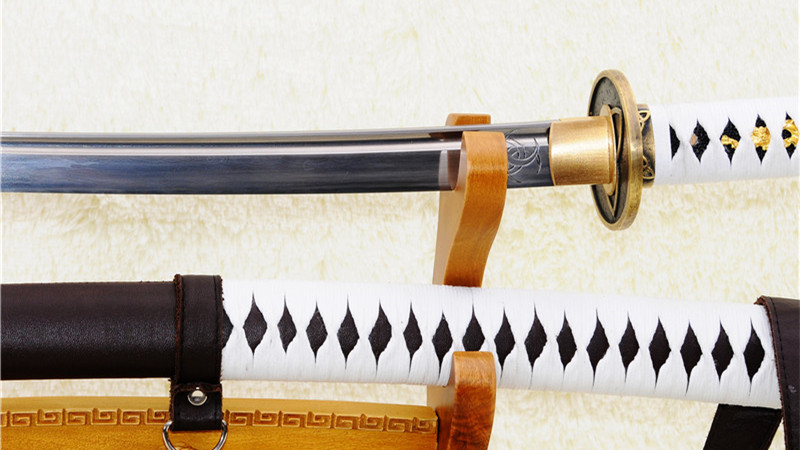 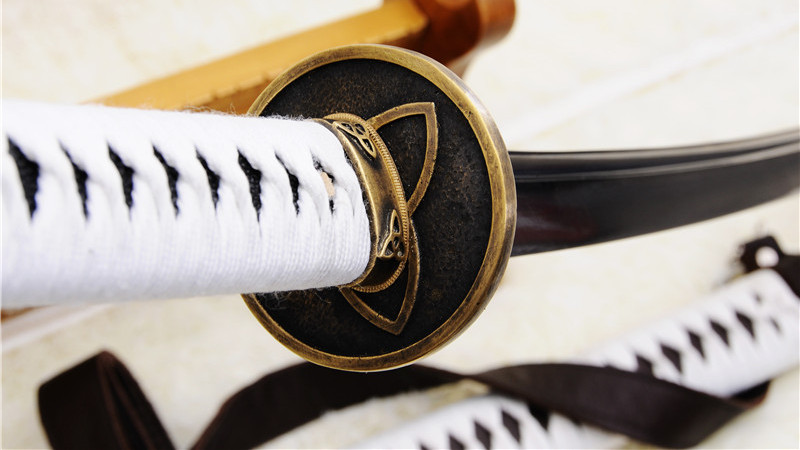 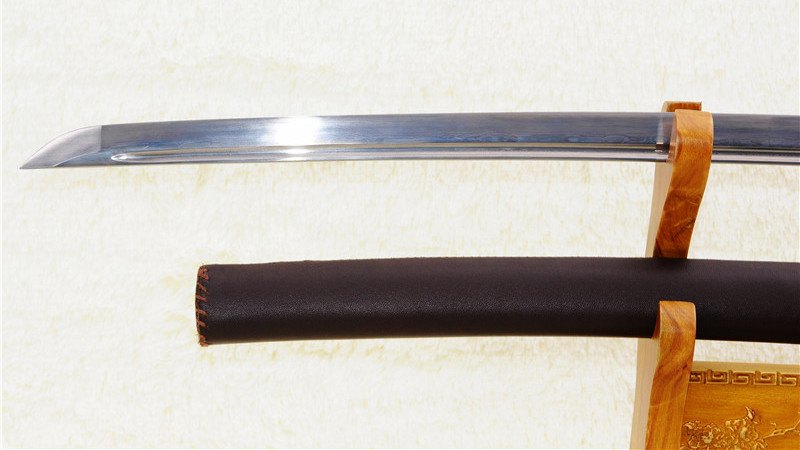 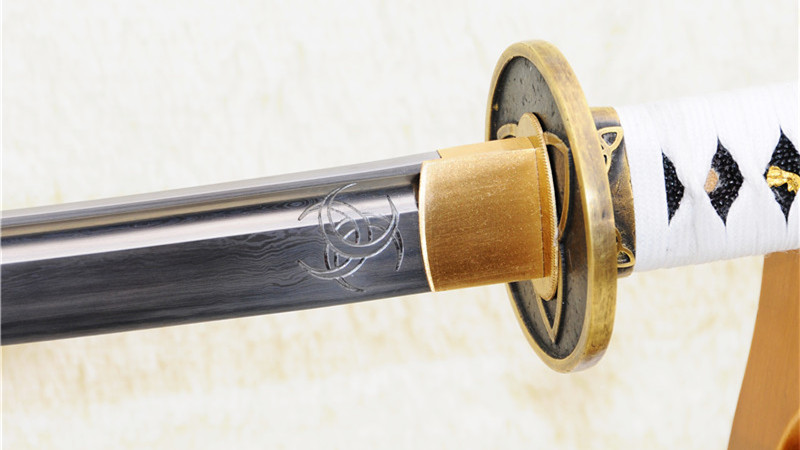 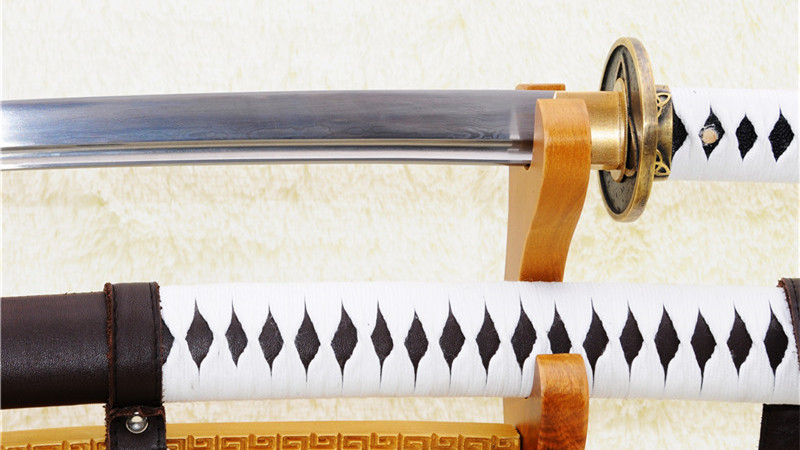 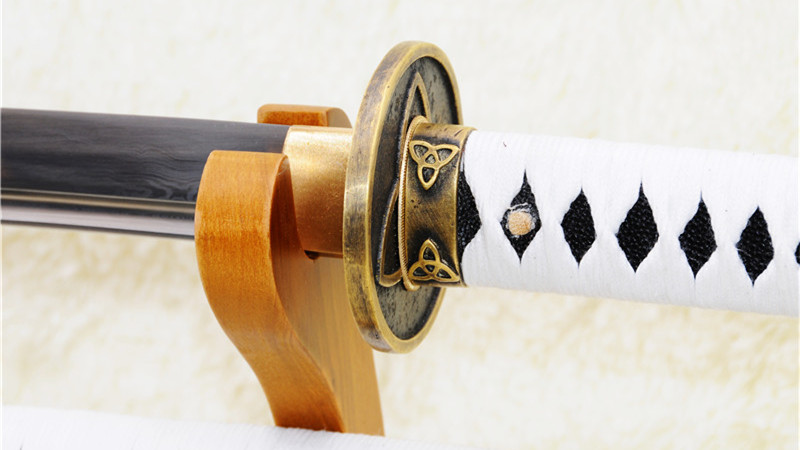 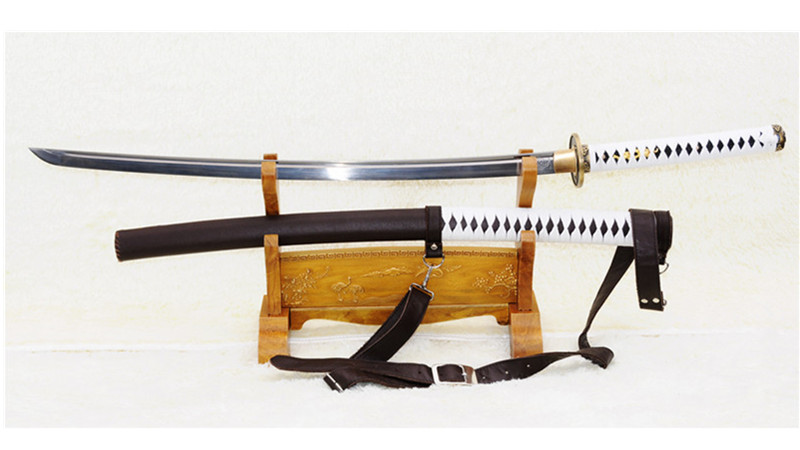 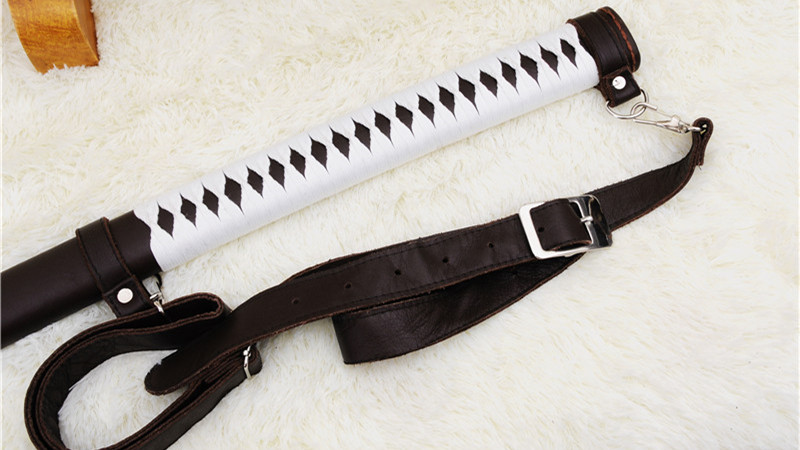 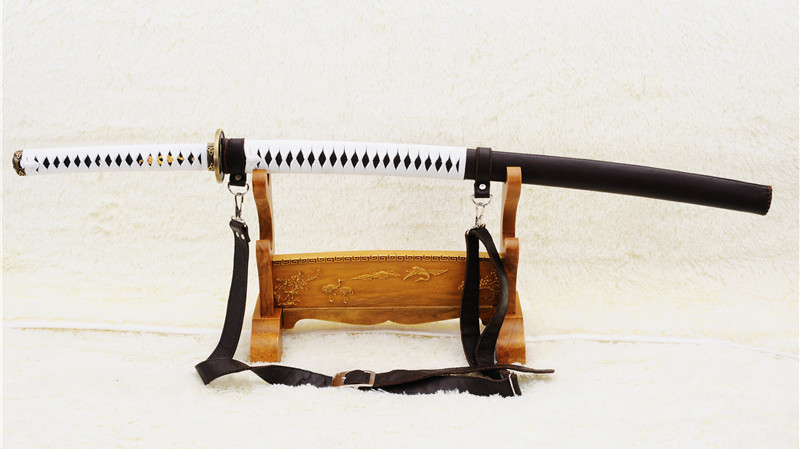 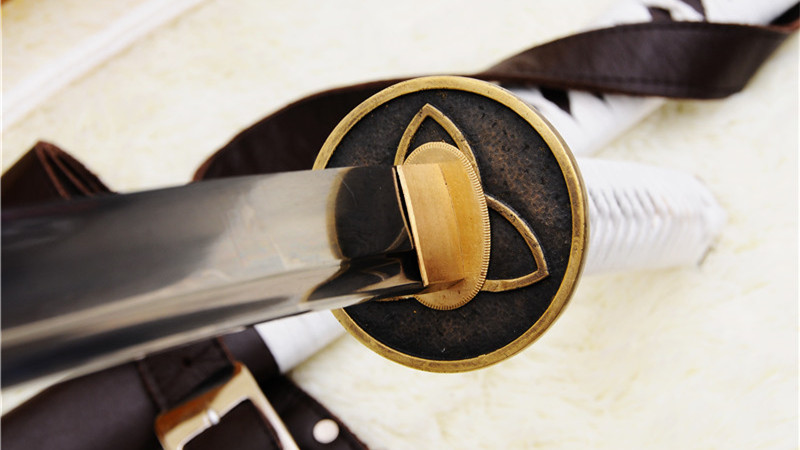 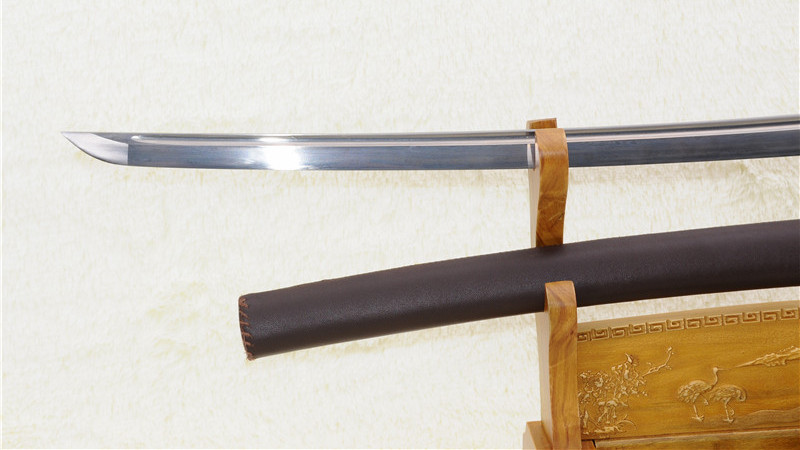 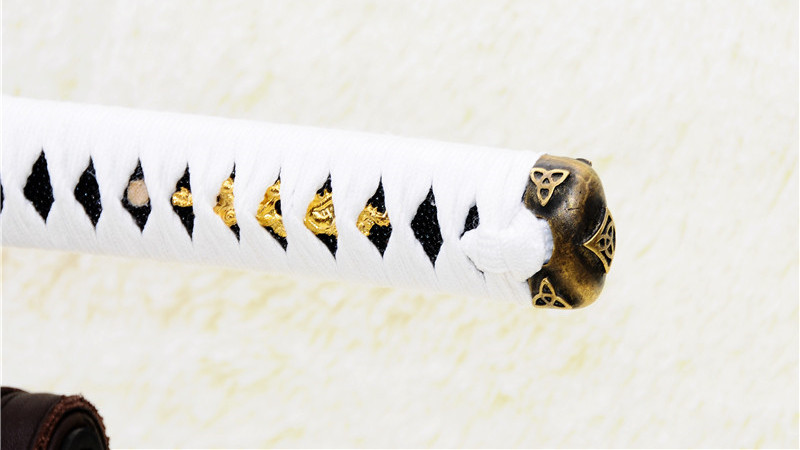 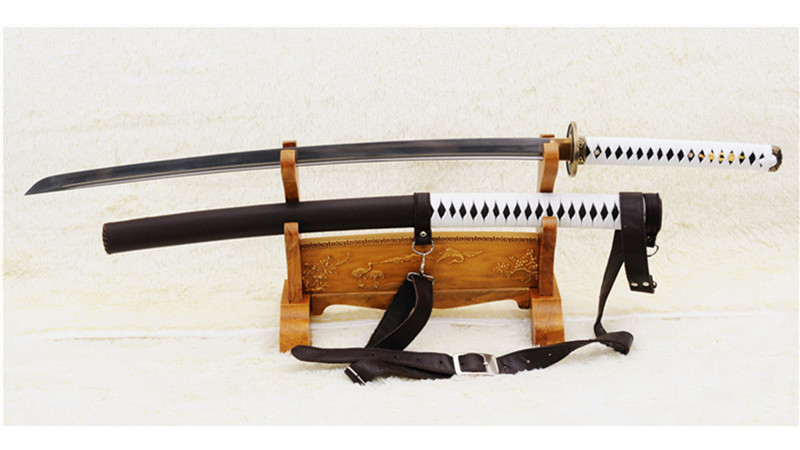 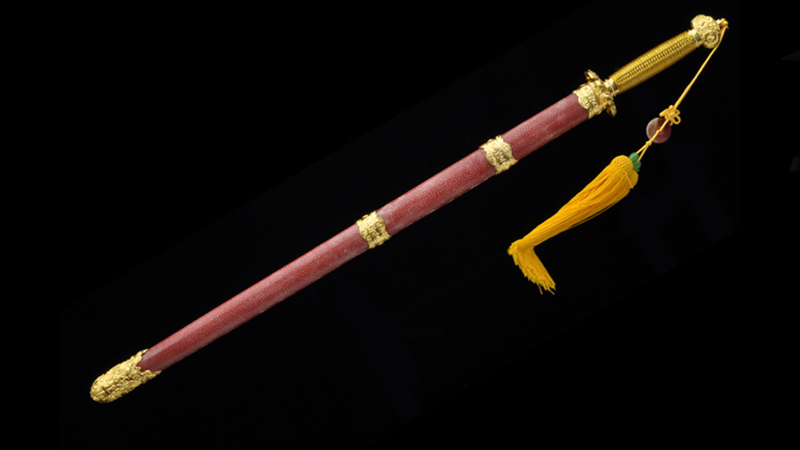 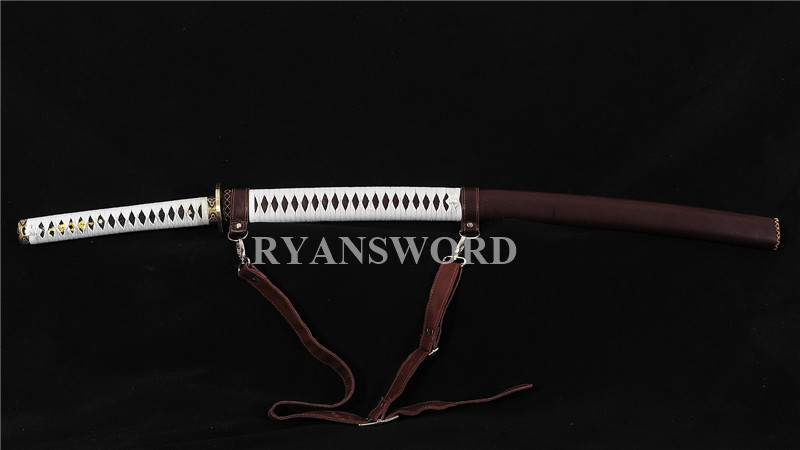 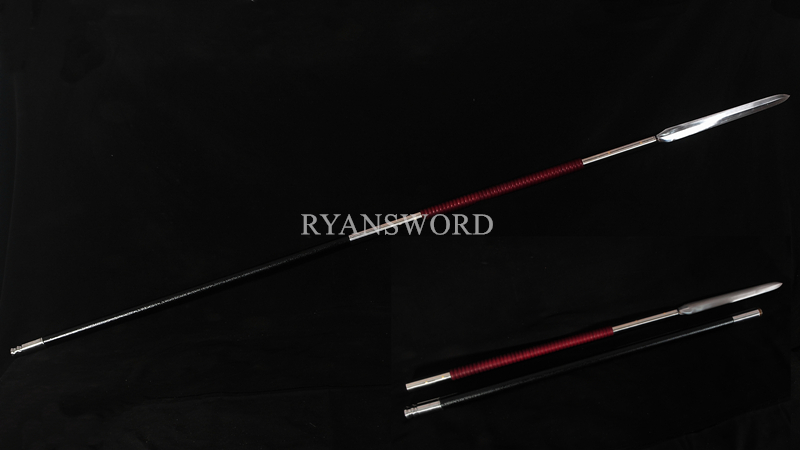 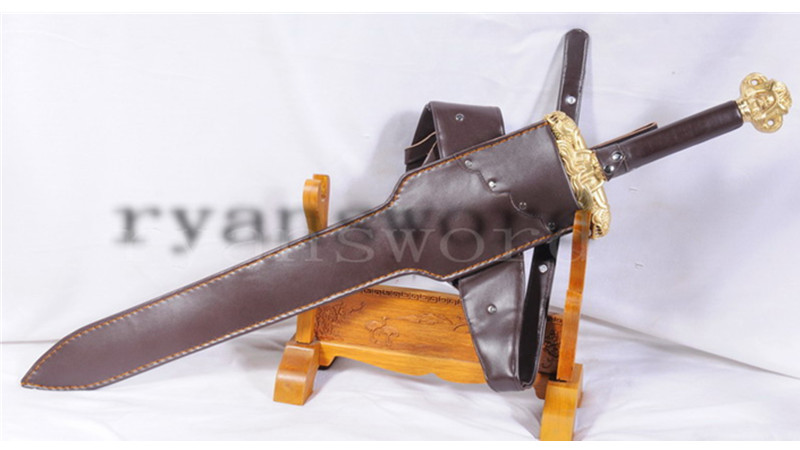 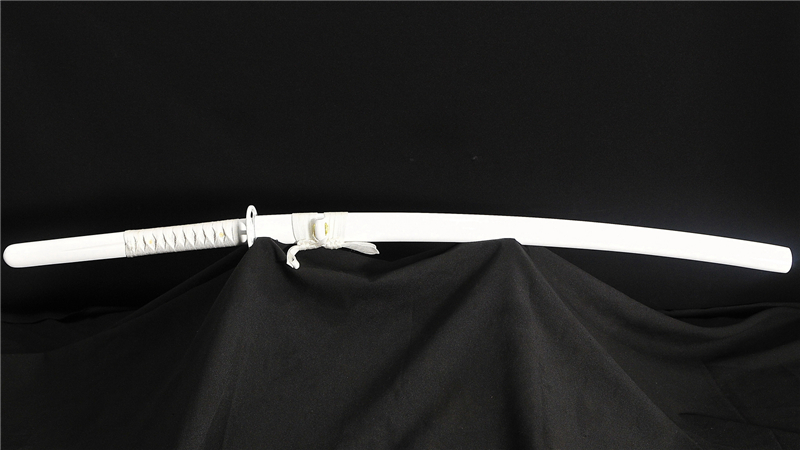 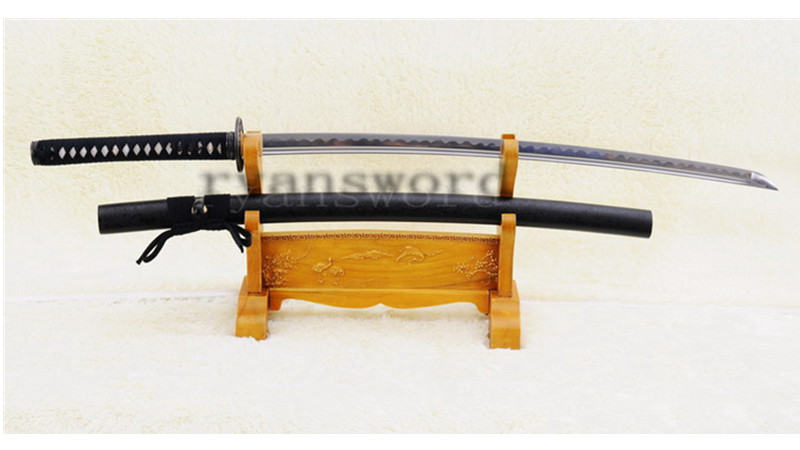 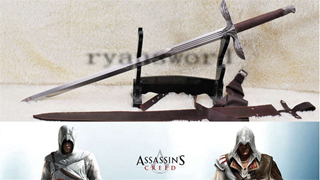 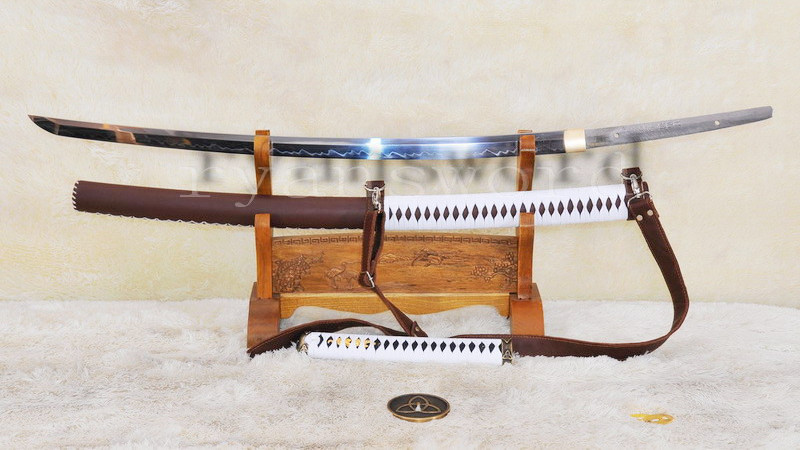